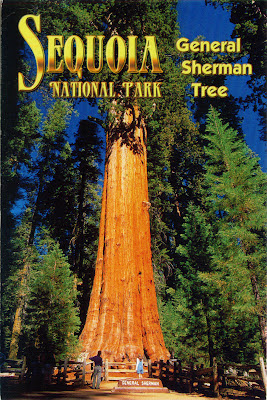 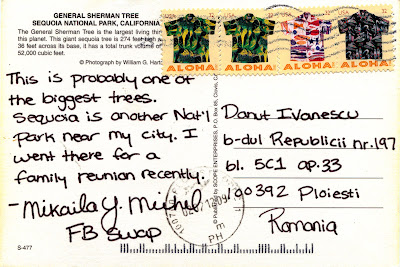 I first learned of the existence of giant sequoia (Sequoiadendron giganteum) at the age of 10-11 years, from a book about the botanical and zoological extremes, and the sizes and the ages of these trees impressed me so much, that they have never going out of my mind. After a few years I discovered that there is a specimen in the courtyard of a museum in Ploiesti, the city where I live. I don't think to has more than 100 years (maybe 150), because not exceed 15m in height, and can be seen with the naked eye that the climate here isn't favourable to it. 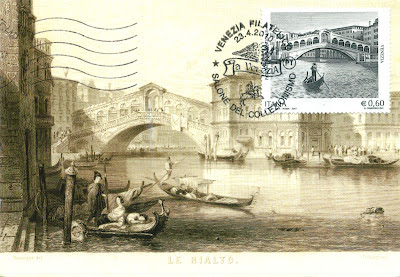 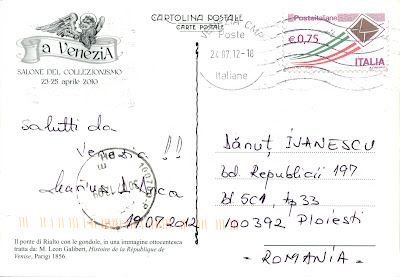 I was telling here that I visited Venice in June 2010. But I didn't said that two places I particularly liked and they remained well ingrained in my memory: the island of Burano, with its brightly coloured homes, and Ponte di Rialto (Rialto Bridge). In the half an hour in which I admired the Grand Canal from the top of the bridge's arch, among crowds of tourists and a few locals, I felt, I couldn't tell why, as in a movie from 70's. Maybe because I have seen so many times on television this aquatic highway of Venice, crossed by innumerable vaporetti, boats, and gondolas and bordered on both sides by buildings so diverse, some of them of 700 years old, that in my mind has become a visual cliché. 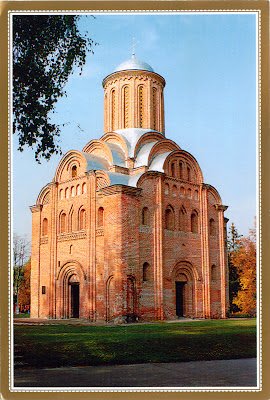 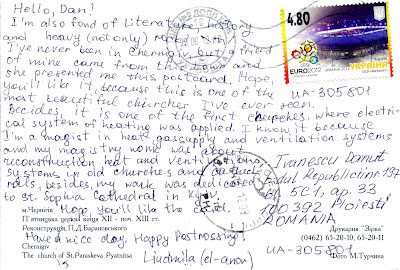 First mentioned in 907 A.D., in Rus'-Byzantine Treaty, Chernihiv,  the second city by importance and wealth in Kievan Rus, located in the southern portion of this medieval polity,  was the seat of powerful Grand Principality of Chernigov, whose rulers at times vied for power with Kievan Grand Princes, and not rarely overthrew them and occupied the throne in Kiev. After 1239, when the city was conquered by the hordes of Batu Khan, its importance began to decline, managing to rise again, only for a short period, in the middle of the 17th century, when it was the center of deployment of Chernihiv Cossack regiment. 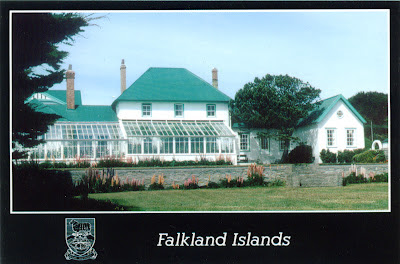 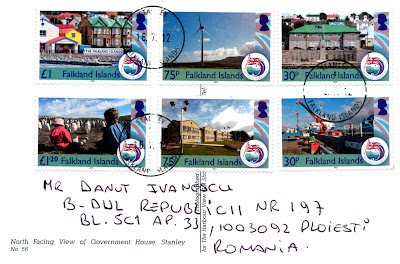 The Government House in Falkland Islands (a British overseas territory in the South Atlantic Ocean), i.e. the official Residence and office of the Governor, is one of the historic buildings in the archipelago. The Governor is the representative of the British Crown, i.e. the islands' de facto head of state in the absence of the British monarch. Built in 1845, after the design of the very first Governor, Richard Moody (1841-1848), the house was planned to be used only as office, and it was not used as a residence until 1859, when Governor Moore (1855-1862) moved in, after he added a small wing to the east of the building, which now forms part of the sitting room and the Governor's study. 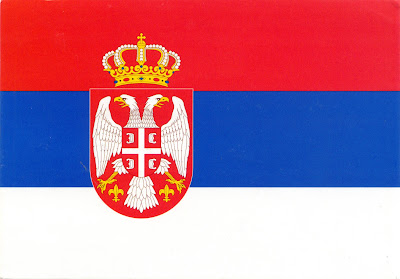 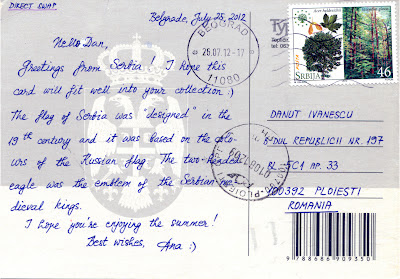 It fit very well, Ana, especially that I particularly like the flags which include coat of arms. Thanks a lot. A few words about the flag, as I use to do. Serbia as independent state in actual borders (including Kosovo, whose independence Serbia didn't recognize it) exist since 2006, when the State Union of Serbia and Montenegro, the last remnant of the Yugoslav federation, has ceased to exist. So the current symbols of Serbia were officialy adopted in 2010 after theirs approval by the Government. The designs were made by Pr. Ljubodrag Grujić, who consulted Dragomir Acović, the Honorary President of the Serbian Heraldic Society. The flag from the image isn't the current one, but the one used between 2004 and 2011. The changes that were made are linked by the coat of arms' stylization and by the color standardization (the red and the blue are more darker, to avoid resemblance with those of the Russian flag). 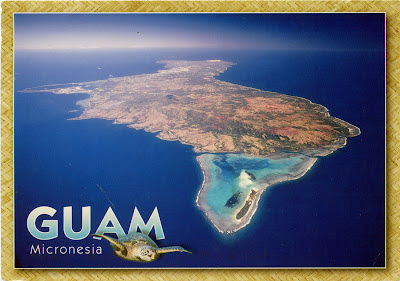 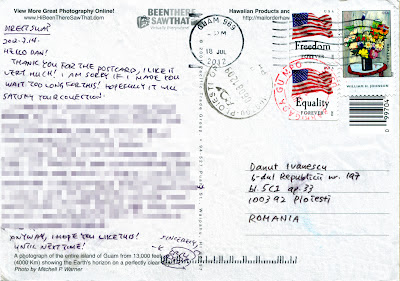 In 521 Martin Luther was excommunicated, Hernán Cortés had knelt the Aztec Empire, Suleiman the Magnificent conquered Belgrade, The Grand Duchy of Moscow annexed the Principality of Ryazan, and Ferdinand Magellan crossed the Pacific in the name of Charles V. On March 6, Magellan discovered the Guahan island (in the archipelago which he official named Islas de las Velas Latinas, later became Las Marianas). No could be said that was the best year of the Spaniard explorer, because after less than two months he will be killed in the Philippines. 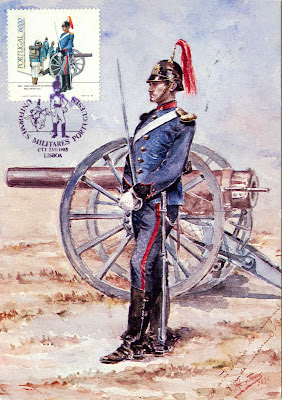 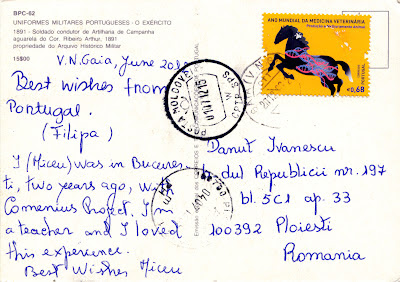 This maxicard is part of a set of four, issued in 1985 and dedicated to the Portuguese military uniforms. Series would have to be much larger, consisting of several series, and was intended to cover the metropolitan and overseas (Brazil, Macau, Africa, India) units from the 18th century to circa 1900, but I don't know if the intention was completed. I don't think so. 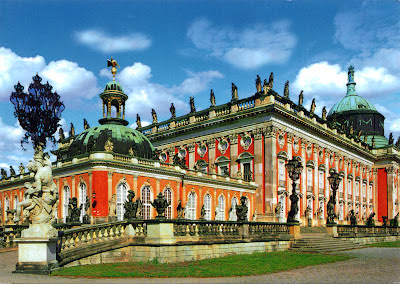 Even if the area around Potsdam was inhabited since the Bronze Age, the city became important only after it was chosen in 1660 as the hunting residence of Frederick William I, Elector of Brandenburg, the core of the state that later became the Kingdom of Prussia. After the Edict of Potsdam (1685), the city became a centre of European immigration (attracting Protestants from France, Russia, the Netherlands and Bohemia), and later a full residence of the Prussian royal family. The royal residences were built mainly during the reign of Frederick the Great. 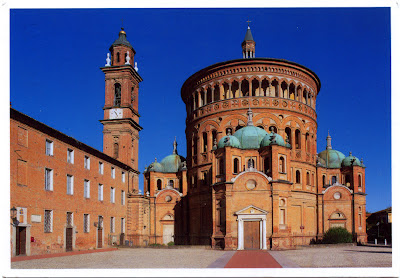 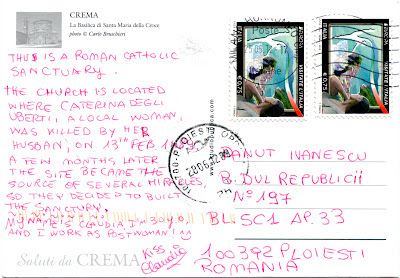 April 3, 1490. Il Novelletto Forest, near Crema, a town in Lombardy located about halfway between Milan and Cremona. A dark night, rainy. A man raises his sword upon a woman. She tries to defend his head with his right hand. The sword falls, severs her hand and hit on head. The man hits the woman another 13 times (each of them considered subsequent by the doctors deadly), then takes his bag with jewels and goes riding. An atrocious robbery, especially since the man, Bartolomeo Pederbelli, is the husband of the woman, Caterina degli Ubert. They married with a year before, he a fugitive from Bergamo wanted for murder, she a local woman from a famous family, gentle and pious. The day before the robbery, he told his wife that his mother is ill, and that they should to visit her together. She agreed and once they were away from town, have happened what I told earlier. 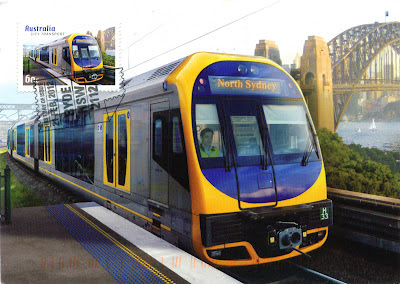 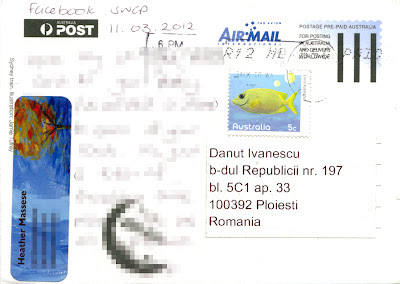 The third maxicard from the series Capital City Transport (after the ones which depict an electric train from Perth, and a tram from Melbourne) is an electric multiple unit (EMU) from the class H or OSCAR (Outer Suburban CAR), operated by state-owned CityRail in New South Wales.

At just 43 years after the founding of the first settlement in Australia, in New South Wales, i.e. in 1831, was given into service the first railroad of the new continent, located at the intersection of Brown & Church Streets, in Newcastle, which served a pit coal mine. The first public line, from Sydney to Parramatta Junction, was inaugurated in 1854, and the main southern line was built in stages from Parramatta Junction to the Victorian border at Albury between 1855 and 1881, and connected to the Victorian Railways at a break-of-gauge in 1883. The standard gauge connection from Albury to Melbourne was opened in 1962, completing the Sydney-Melbourne railway. 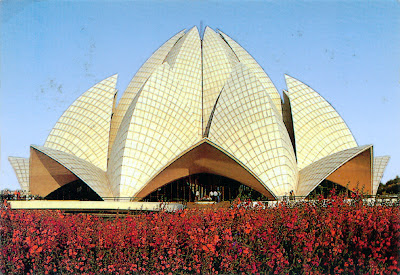 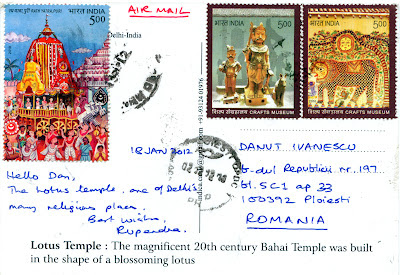 I first read about the Bahá'í Faith about 20 years ago, in a book of my eminent compatriot, Mircea Eliade. I found it an interesting subject, but not much else, because, frankly, I think that the syncretism is a beneficial manifestation in arts, but not in religion. For the Bahá'í, the religious history is a sequence of divine messengers (Moses, Buddha, Jesus, Muhammad, and others), each of them laying the foundation of a religion suited to the needs of the time and the capacity of the people, the final purpose being to transform the character of humankind and develop moral and spiritual qualities. 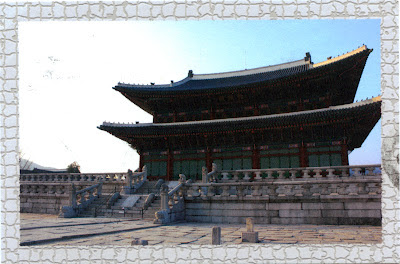 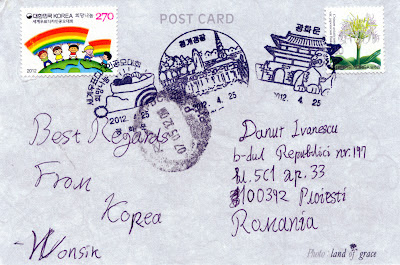 Since the late 14th century, when was chosen as capital of the Joseon dynasty, that will rule Korea over five centuries, urban and civil planning was a key concept for Seoul. One of the Five Grand Palaces built by this dinasty is Changdeokgung (Palace of Prospering Virtue), the second after Gyeongbokgung, which had been established in 1395. 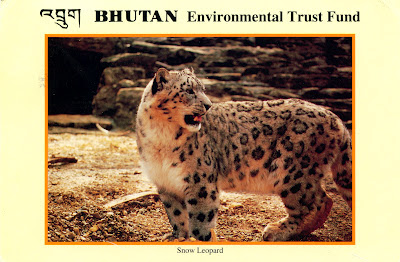 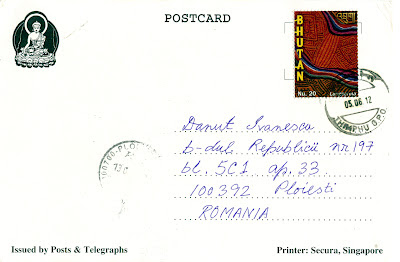 Solitary snow leopard (Panthera uncia) roam the harsh mountain terrain of Central Asia, and can be seen in 12 countries, respectively in Afghanistan, Bhutan, China, India, Kazakhstan, Kyrgyzstan, Mongolia, Nepal, Pakistan, Russian Federation, Tajikistan and Uzbekistan. Smaller than the other big cats, it has long thick fur, and its base colour varies from smoky gray to yellowish tan, with dark gray to black open rosettes on body, small spots of the same color on head and larger spots on legs and tail. Unlike other big cats, it has pale green or gray eyes, and... can't roar. 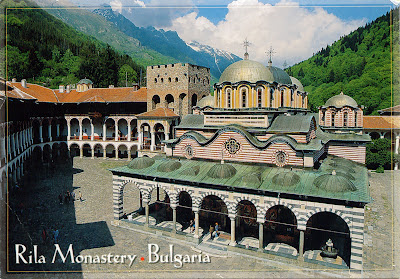 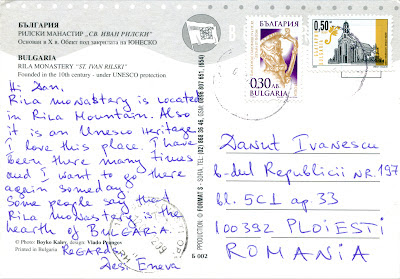 Founded during the reign of Tsar Peter I (927-968), therefore to less than a century after Christianity became the official religion of the First Bulgarian Empire, in the mountains to the east of the Struma river valley in western Bulgaria, by the disciples of the hermit Ivan of Rila (876-946), who lived in a cave nearby, Rila Monastery has been supported and respected by the Bulgarian rulers even since its creation. Benefiting from substantial donations from almost every tsar of the Second Bulgarian Empire (despite the fact that in his testament the hermit has advised his community not to seek favors from "earthly kings and princes"), the monastery became a cultural and spiritual center of Bulgarian national consciousness, reaching his peak between centuries XII and XIV.