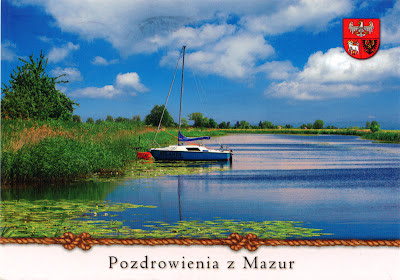 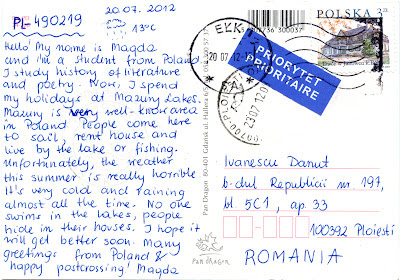 In nowadays, as Magda say, "Mazury is a very well known area in Poland. People come here to sail, rent house and live by the lake or fishing." That's good, because it means that Masuria, named in Polish also Kraina Tysiąca Jezior, and in German Land der Tausend Seen (both meaning "land of a thousand lakes"), has finally found its peace, after many hundreds of years of disturbances, fightings, conquests and ethnic cleansings.

The landscape of the region was formed in the last ice age, the terrain being mostly hilly, with connecting lakes, rivers and streams, and many forests. At the beginning of the last millennium, the territory was inhabited by the Old Prussians, a Baltic ethnic group (not German, therefore). During the 13th century, they were conquered by the Teutonic Knights, and gradually assimilated, the old Prussian language disappearing in the early 18th century.

After the occupation of Masuria, the original population was nearly exterminated, and Poles began to settle in the region, followed by German, French, Flemish, Danish, Dutch, and Norwegian colonists. In 15th century much of the countryside was populated by Polish-speakers, but the cities had German mixed with Polish population. In 1656–1657 the Tatars caused the death of over 50% of the inhabitants. The settlements were rebuilt, but in 1708–1711 again 50% of the locals died from the Black Death, losses being partly compensated by Scottish, Austrian, French, Polish and Russian emigrants.

In 1872, shortly after the Unification of Germany, authorities began an intense process of Germanization, the Polish language being removed from schools. During WWI, in this region took place the Battle of Tannenberg and the First and Second Battle of the Masurian Lakes, between Germany and Russia. After the war was organized a plebiscite to determine if the Masurians want to remain within East Prussia or to join the Polish Republic. The German side terrorized the population, murdering many Polish activists, so the results of the vote was in favor of remaining within Germany (except the Działdowo region). It's easy to deduce what happened with Polish population during the Nazi regime. But also anti-Nazi resistance units from Uderzeniowe Bataliony Kadrowe killed Germans and burned farms whenever they had the chance. In the final of WWII, when Masuria was devastated by the retreating German and advancing Soviet armies, but also after the war many germans locals left or were expelled from the region.

About the stamp, which is part of Polish Mansion Houses set, I wrote here.