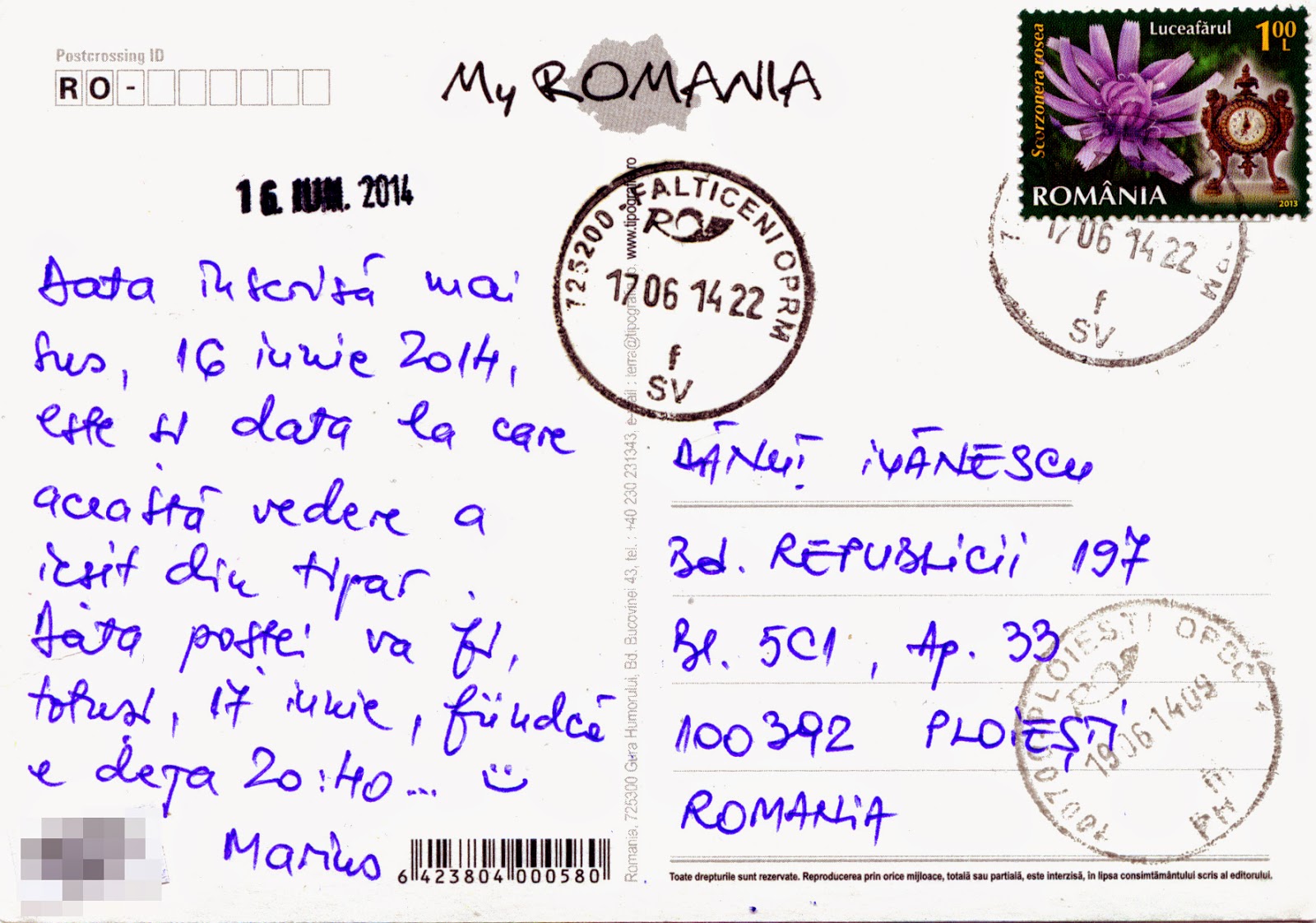 Posted on 23.06.2014, 18.09.2015, 22.11.2015, 11.02.2017, 12.11.2017, 29.12.2017
Located on the Lower Danube, at the north of the Balkan Peninsula (in which it is often framed, because of the historical and cultural similarities), on the western shore of the Black Sea, between Bulgaria, Hungary, Serbia and Ukraine, and having a border (which wouldn't have to exist) with Moldova, Romania forms a complex geographic unit centred on the Transylvanian Basin, around which the peaks of the Carpathian Mountains form a crescents. Beyond this zone, the plains of the south and east of the country, their potential increased by the Danube River and its tributaries, form a fertile outer crescent extending to the frontiers. 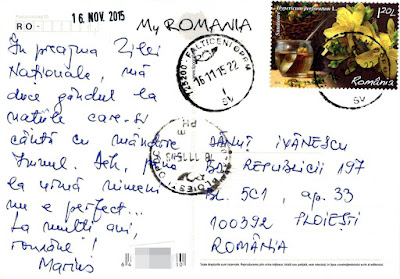 Romania comprises a number of geographic regions, corresponding, completely or partially, to the historic regions whose names they share: Wallachia (consisting of Muntenia and Oltenia), Moldavia (only western Moldavia - the Hertza region is today in Ukraine, and eastern Moldavia, or Bessarabia, is divided between Moldova and Ukraine), Bukovina (only southern Bucovina - the north is today in Ukraine), Dobruja (only the north - the south of Dobruja, or Cadrilater, is today in Bulgaria), Transylvania, Banat (shared with Serbia and Hungary), Crişana (shared with Hungary), and Maramureş (only the south - the northern part is currently in Ukraine). 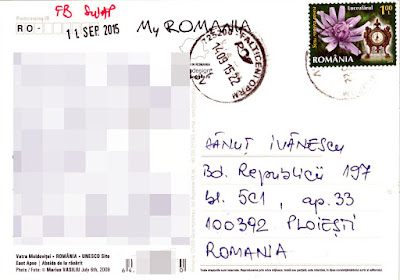 In Romania were discovered the Europe's oldest known remains they may have been among the first modern humans to have entered the continent (42,000-year-old, in the Cave With Bones). The Neolithic-Age Cucuteni area was the western region of the earliest European civilization, known as the Cucuteni-Trypillian culture. The earliest written evidence of people living in the territory of present-day Romania, the Getae, comes from Herodotus (c. 440 BC). Territories located north of the Danube were inhabited by Dacians, considered to have belonged to the Getae tribes, a branch of Thracians.

After two devastating wars (101-102 and 105-106 AD), the Emperor Trajan annexed the southwestern parts of Dacia to the Roman Empire. During the 3rd century AD, with the invasions of migratory populations, the Roman Empire was forced to pull out of Dacia around 271 AD, the territory being invaded successively by Goths, Huns, Slavs, Gepids, Avars, Bulgars, Pechenegs, and Cumans. In the Middle Ages, Romanians, mostly known as Vlachs, lived in three distinct principalities: Wallachia, Moldavia and Transylvania. By the 11th century, Transylvania had become an autonomous part of the Kingdom of Hungary, and from the 16th century until 1711 was independent. 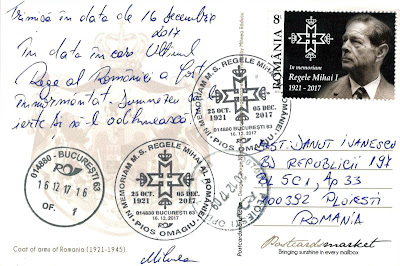 In 16th century, after the Balkan peninsula and Hungary had become Ottoman provinces, Moldavia, Wallachia, and Transylvania entered under Ottoman suzerainty, preserving partial or full internal autonomy. In 1699, Transylvania became a territory of the Habsburgs' Austrian empire, and in 1775 the Habsburgs include in their empire the northwestern part of Moldavia, later called Bukovina. The eastern half of the Moldavia (Bessarabia) was occupied in 1812 by Russia. In 1859 Moldavia and Wallachia united under the name United Principalities. 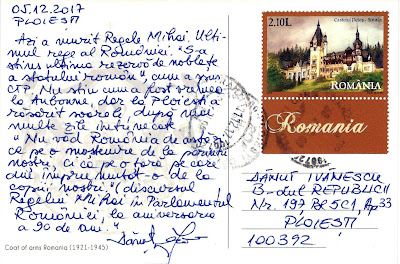 In 1866 Prince Karl of Hohenzollern-Sigmaringen became Prince of the Romanian Principate, and in 1881 he was crowned as King Carol I. Independence from the Ottoman Empire was declared in 1877. At the end of WWI, Transylvania, Bukovina and Bessarabia united with the Kingdom of Romania, but in 1940 it lost most of the territory gained, only some of which being later recovered. Occupied by Red Army at the end of 1944, Romania forcibly became a People's Republic (1947-1965), then Socialist Republic of Romania (1965-1989). The dictatorship of Nicolae Ceauşescu was toppled in December 1989, and Romania joined NATO in 2004, and the European Union in 2007.

Romania has a temperate and continental climate, with four distinct seasons. A high percentage (47% of the land area) of the country is covered with natural and semi-natural ecosystems, and despite the decades of irrational deforestation, Romania has yet one of the largest areas of undisturbed forest in Europe, which houses the full range of European forest fauna, including 60% and 40% of all European brown bears and wolves, respectively, and almost 400 unique species of mammals, birds, reptiles and amphibians. Its rich nature and its long history made ​​Romania to have 7 UNESCO World Heritage Sites, and 14 sites which appear on the Tentative List.

Romania is divided into 41 counties (judeţe) and the municipality of Bucharest. Its largest city is Bucharest, located on the banks of the Dâmboviţa River, first mentioned in documents in 1459, and became the capital of Romania in 1862 (it was the permanent location of the Wallachian court since 1698). Despite its late start as a European nation-state, Romania in the 20th century produced several world-renowned intellectuals, including composer George Enescu, playwright Eugène Ionesco, philosopher Emil Cioran, religion historian Mircea Eliade, and Nobel laureate George E. Palade.

The national flag of Romania, adopted in 1989, is a Tricolour with vertical stripes: beginning from the flagpole, blue, yellow and red. The colours were found on late 16th century royal grants of Michael the Brave. During the Wallachian uprising of 1821, they were present on the canvas of the revolutionaries' flag and its fringes; for the first time a meaning was attributed to them: "Liberty (sky-blue), Justice (field yellow), Fraternity (blood red)". The tricolour was first adopted in Wallachia in 1834, that in 1848 it was popularized and finally officially adopted in 1859 by the United Principalities of Moldavia and Wallachia.

The shield is crowned with the Steel Crown of Romania and it is supported by two rampant lions, langued Gules (symbolising the Dacian ancestry of the Romanians), standing on a ribbon Azure lined, with the motto "NIHIL SINE DEO". Behind the shield is the collar of the Carol I Order. The coat of arms is placed on a mantle Gules lined with Ermine. Above the mantle is a royal crown.

On the postcard 3226
About the stamp, In memoriam, King Michael I (1921-2017), I wrote here. On the postcard was applied the special postmark edited by Post Office 63 Bucharest on the day of the burial of King Michael I of Romania (16 December 2016). About this postmark, as about another postmark edited on 13 december 2016, also in honor of the last king of Romania, I wrote here.