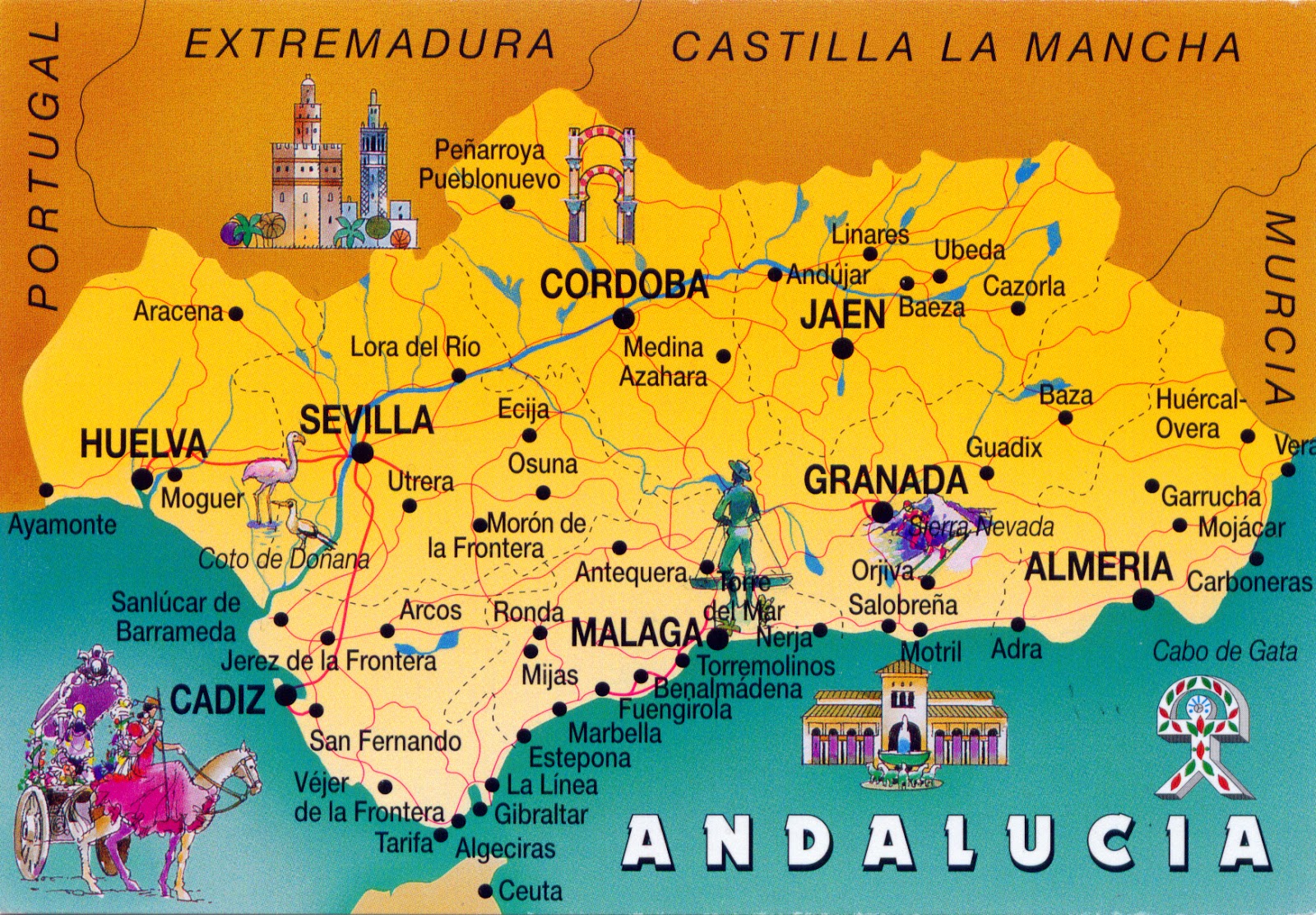 Even if Spain is a highly decentralized state, being composed, in terms of administrative, by 17 autonomous communities and 2 autonomous cities, is, in accordance with the constitution of 1978, a unitary state, not a federation. In other words, the Spanish nation is the common and indivisible homeland of all Spaniards, which is integrated by nationalities and regions to which the constitution recognizes and guarantees the right to self-government.

The terms "nationalities", though never defined officially, are territories whose inhabitants have a strong historically constituted sense of identity. Andalusia, which occupies the south of the Iberian peninsula, is one of those nationalities, and its official motto clearly reflects its position relative to the unitary state: "Andalucía por sí, para España y la humanidad"  (Andalusia by herself, for Spain and for Humankind).

The name "Andalusia" is derived from the Arabic word Al-Andalus, which generally refers to the parts of the Iberian Peninsula and Septimania governed by Moors at various times between 711 and 1492. As well as Muslim and Romani (gitanos) influences, the region's history and culture have been influenced by the earlier Iberians, Carthaginians, Greeks, Romans, Vandals, Visigoths, Byzantines, all of whom preceded the Muslims, as well as the Castilian and other Christian North Iberian nationalities who regained and repopulated the area in the latter phases of the Reconquista. There was also a relatively large Sephardic Jewish presence.

The main mountain ranges of Andalusia are the Sierra Morena and the Baetic System (whith the Iberian peninsula's highest peaks), consisting of the Subbaetic and Penibaetic Mountains, separated by the Intrabaetic Basin. In the north, the Sierra Morena separates Andalusia from the plains of Extremadura and Castile-La Mancha on Spain's Meseta Central. The Atlantic coast is overwhelmingly beach and gradually sloping coasts, while the Mediterranean coast has many cliffs. This asymmetry divides the region naturally into Upper Andalusia (two mountainous areas) and Lower Andalusia (the broad basin of the Guadalquivir).

In terms of climate, Andalusia sits in the warm-temperate region, and its typical vegetation is Mediterranean woodland, but this has been much altered by human settlement. Its most important cities are the capitals of the eight provinces: Seville, Málaga, Cádiz, Granada, Córdoba, Almería, Jaén, and Huelva. By population, Andalusia ranks first among the 17 autonomous communities (8,285,692 inhabitants, from which 5.35% were born outside of Spain). Andalusia is traditionally an agricultural area, but the service sector (particularly tourism, retail sales, and transportation) now predominates.