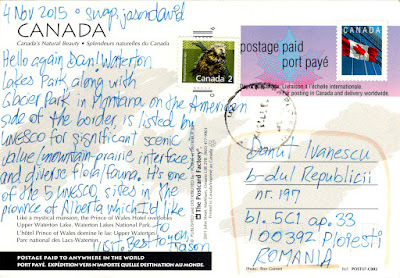 Posted on 28.09.2012, 12.11.2015, 17.01.2016, 01.05.2016
The Waterton-Glacier International Peace Park is the union of the Waterton Lakes National Park in Canada and the Glacier National Park in the United States. Situated on the border between the two countries and offering outstanding scenery, the park is exceptionally rich in plant and mammal species as well as prairie, forest, and alpine and glacial features. It has a distinctive climate, physiographic setting, mountain-prairie interface, and tri-ocean hydrographical divide. 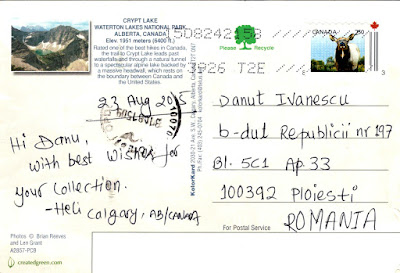 Waterton Lakes National Park was named after Waterton Lake, in turn after the Victorian naturalist and conservationist Charles Waterton. The park contains 505 km2 of rugged mountains and wilderness, and ranges in elevation from 1,290m at the townsite to 2,910m at Mount Blakiston. Overlooked by the historic Prince of Wales Hotel, Waterton Lake is composed of two bodies of water, connected by a shallow channel known locally as the Bosporus.

Crypt Lake is a pristine alpine lake occupying a cirque that often has ice into August. Most of the area around the lake is covered in scree and/or snow, and hiking around the circumference of the lake requires approximately 45 minutes. The Crypt Lake Trail is one of the premium hikes in park. Wildlife can be spotted in the mountains towering above including mountain goat and bighorn sheep. The slopes along the Crypt Lake Trail serve as primary bear country. From Crypt Lake it is only a short walk to the edge of Crypt Falls with views over the valley below. 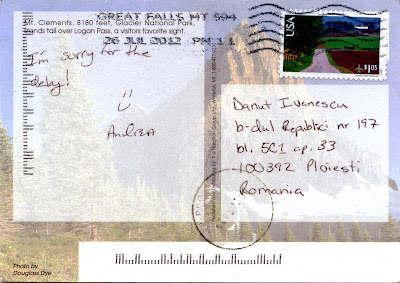 Located in Montana, Glacier National Park includes parts of three sub-ranges of the Rocky Mountains (Clark, Lewis, and Livingston Range), with at least 150 named mountain peaks over 2,400 m, over 130 named lakes (from a total of 700), more than 1,000 different species of plants and hundreds of species of animals. Of the estimated 150 glaciers which existed in the park in the mid-19th century, only 25 active glaciers remained by 2010, and is estimated that all the glaciers may disappear by 2020 if the current climate patterns persist.

Clements Mountain (2670m), located in the Lewis Range, which stands tall over Logan Pass and above the Hidden Lake Trail. The peak was named after Walter M. Clements who had worked to set up a treaty between the Native American tribe Blackfeet and the U.S. Government for the purchase of tribal lands east of the continental divide which became part of the park. Today, Blackfeet Indian Reservation borders the park in the east. Like other peaks in Glacier National Park, Clement Mountain exhibits a classic "Matterhorn" shape. Foreground is dominated by a plateau covered with a species of monkey-flowers, perhaps Lewis' monkeyflower (Mimulus lewisii), which is native to western North America, from Alaska to California and Colorado

About the stamps
On the postcard 0346
The stamp is part of the Scenic American Landscapes series, about which I wrote here.

On the postcard 2027
The stamp, depicting a porcupine, was issued on October 3, 1988, and is part of the series of definitive stamps Canadian Mammals, released between 1988 and 1993.

On the postcard 2227, 2513
The stamp is part of a series of five definitive stamps, Baby Wildlife, about which I wrote here.