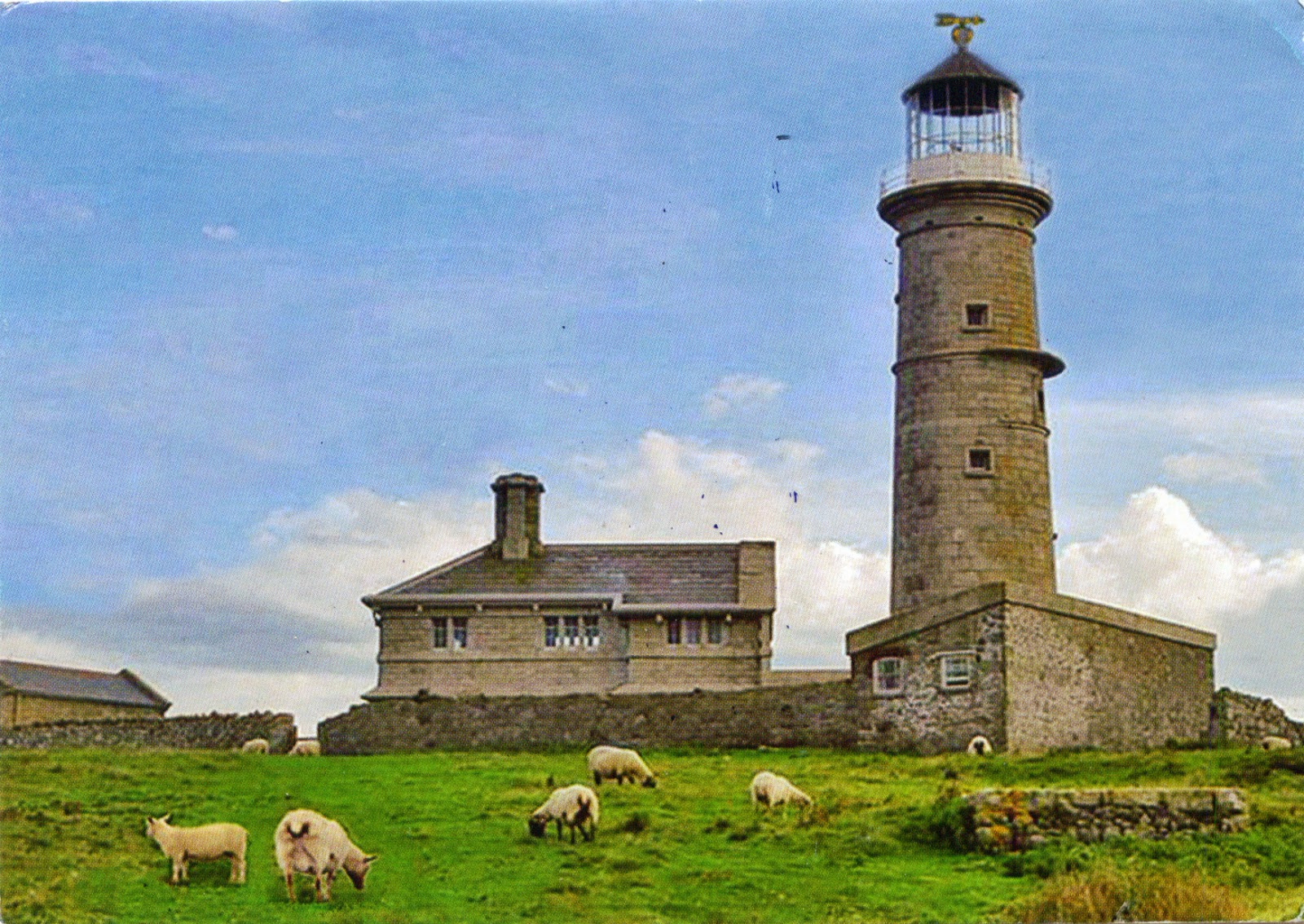 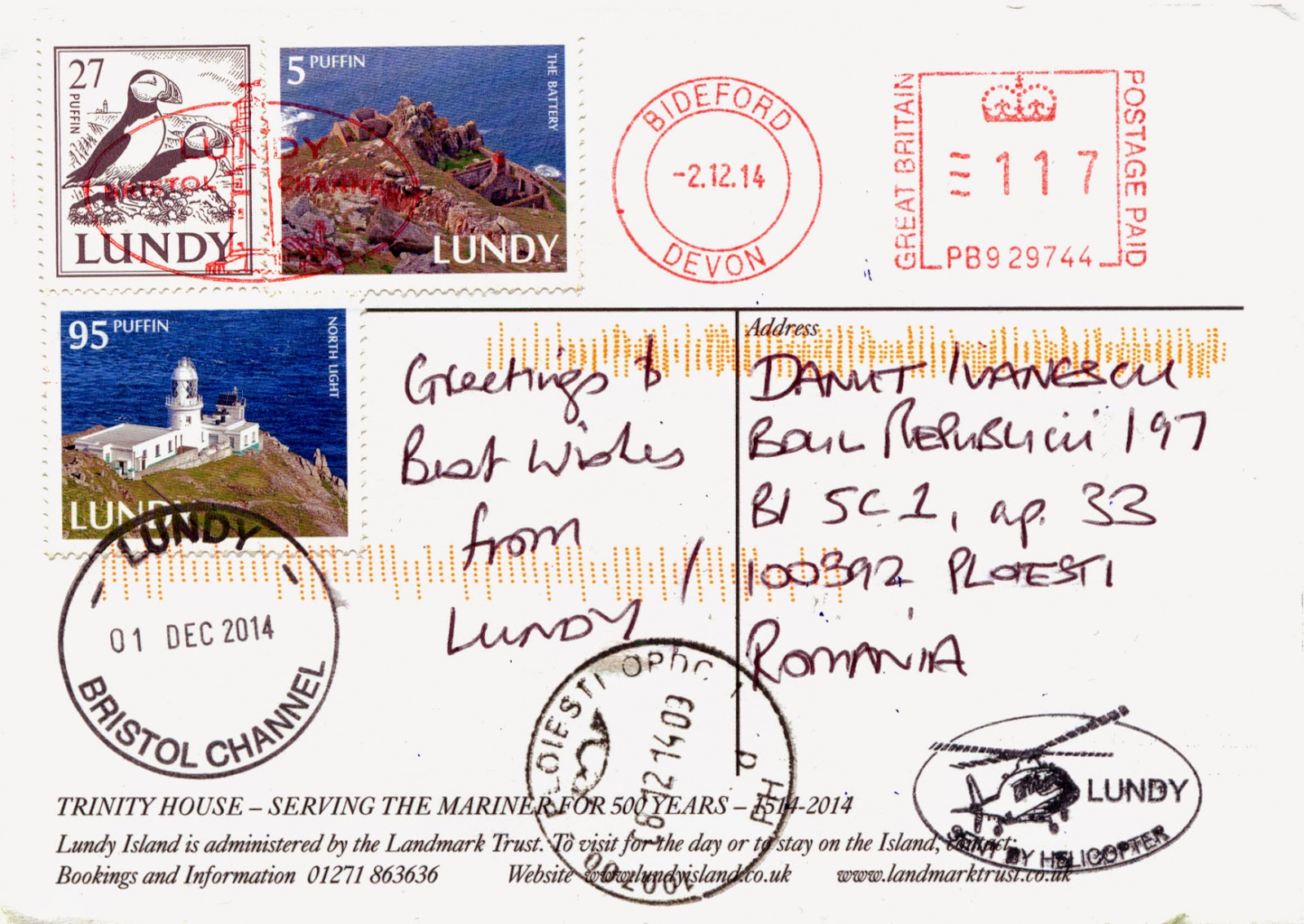 Lundy is the largest island in the Bristol Channel, lying 19km off the coast of Devon, approximately one third of the distance across the channel between England and Wales. It is 5 km long from north to south by about 1.2 km wide, and its highest point is at 142m. There are two ways to get to Lundy, in the summer months with a passenger ferry, and in the winter months with the helicopter. As of 2007, there was a resident population of 28 people, including volunteers (it is a Marine Conservation Zone, because of its unique flora and fauna). There are 23 holiday properties and a camp site for visitors. Its history, begun in Neolithic, was extremely interesting and tumultuous. It was along time a refuge for people in trouble with the rules and even with the law, a source of problems and disputes.

Granted to the Knights Templar in 1160, was occupied then by the turbulent Marisco family (William de Marisco even tried to assassinate Henry III), and subsequent the pirates took control of it for short periods. In 1627 Barbary Pirates from the Republic of Salé occupied it, and the Ottoman flag fluttered over the island for five years. The late 18th and early 19th centuries were years of lawlessness, the island being used including as private prison. Sold and bought several times, because nobody managed to get any profit from its ownership, in 1924 became the property of Martin Coles Harman, who proclaimed himself a king and issued two coins in 1929 of Half Puffin and One Puffin. Residents didn't pay taxes to the UK and had to pass through customs when they travelled to and from Lundy. Although the island was ruled as a virtual fiefdom, its owner never claimed to be independent of the UK. In 1969 the island was purchased by Jack Hayward, who gave it to the National Trust.

The first lighthouse on Lundy (now known as the Old Light - on the postcard) was built in 1819. The 29m granite tower was designed by Daniel Asher Alexander, and built by Joseph Nelson. Because the site is 124m above sea level, the highest base for a lighthouse in Britain, the light was often obscured by fog, so a Fog Signal Battery was built about 1861. The lighthouse had two lights; the lower a fixed white light and the upper a quick flashing white light, showing every 60 seconds. This quick revolution gave the impression it was a fixed light. This may have contributed to the grounding of the La Jeune Emma, bound from Martinique to Cherbourg in 1828. 13 of the 19 on board drowned, including the 12 year-old niece of Napoleon's divorced wife Josephine de Beauharnais. This lighthouse was abandoned in 1897 when the North and South Lundy lighthouses were built.

About the stamps
Owing to a decline in population, the General Post Office ended its presence on Lundy at the end of 1927. Two years Harman handled the mail without charge, but on 1 November 1929 he decided to offset the expense by issuing two postage stamps (1/2 puffin in pink and 1 puffin in blue). One puffin is equivalent to one English penny. The printing of Puffin stamps continues to this day and they are available at face value from the Lundy Post Office. One used to have to stick Lundy stamps on the back of the envelope, but Royal Mail now allows their use on the front of the envelope, but placed on the left side (the right side is reserved for the Royal Mail postage stamp or stamps). Lundy stamps are cancelled by a circular Lundy handstamp. The face value of the stamps covers the cost of postage of letters and postcards from the island to the Bideford Post Office on the mainland for onward delivery to their final destination anywhere in the world.