Posted on 13.10.2011, 29.05.2016
Located entirely within the former municipality of Old Toronto, Downtown Toronto is approximately bounded by Bloor Street to the north, Lake Ontario to the south, the Don River to the east, and Bathurst Street to the west. The area is made up of the city's largest concentration of skyscrapers and businesses. Toronto has a prominent skyline and, as of 2015, has the third most skyscrapers in North America exceeding 200m in height, behind New York City and Chicago, respectively. 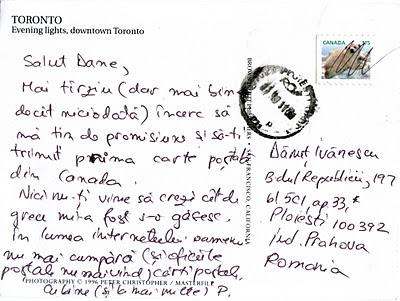 In the 1970s, Toronto experienced major economic growth and surpassed Montreal to become the largest city in Canada. Many international and domestic businesses relocated to Toronto and created massive new skyscrapers in downtown. The area's First Canadian Place is the tallest building in Canada at height of 298m. The CN Tower, once the tallest free-standing structure in the world, remains the tallest such structure in the Americas, standing at 553.33m. Other notable buildings include Scotia Plaza, TD Centre, Commerce Court, the Royal Bank Plaza, The Bay's flagship store, and the Fairmont Royal York Hotel.


Rogers Centre, originally named SkyDome, is a multi-purpose stadium situated just southwest of the CN Tower near the northern shore of Lake Ontario. Designed by architect Rod Robbie and structural engineer Michael Allen, it was built in two and a half years, being opened in 1989. While it is primarily a sports venue, it also hosts other large-scale events such as conventions, trade fairs, concerts, travelling carnivals, and monster truck shows.

According to Stamp Design Manager Danielle Trottier, "It was the appeal of the photos that set the tone for the design. It’s why we surrounded the images with blue skies and just a touch of their habitat - the photos stand up so well on their own. It’s hard to look at any of these animals and not gush. They’re really that cute! Particularly, for young collectors, they’ll make a great introduction to the hobby." True!