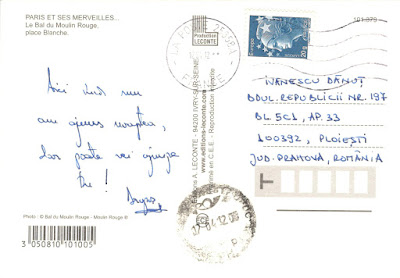 Located close to Montmartre in the Paris district of Pigalle on Boulevard de Clichy in the 18th arrondissement, the Moulin Rouge (Red Mill) is a famous cabaret, best known as the spiritual birthplace of the modern form of the can-can dance, became French Can-Can, after crossing the English Channel. It is marked by the red windmill on its roof, and the club's decor still contains much of the romance of fin de siècle France. Today, it is a tourist attraction, offering musical dance entertainment for visitors from around the world. 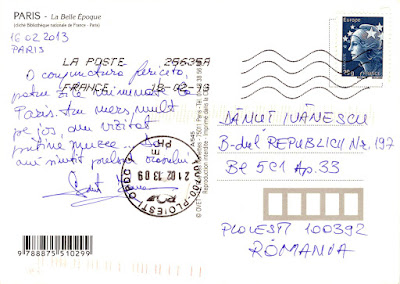 The Moulin Rouge was opened on 6 October 1889, in full Belle Époque (Beautiful Era), in the Jardin de Paris, at the foot of the Montmartre hill, and quickly became a great success. Its creator Joseph Oller and his Manager Charles Zidler were formidable businessmen who understood the public's tastes. The aim of the cabaret was to allow the very rich to come and "slum it" in a fashionable district, Montmartre, which, at the heart of an increasingly vast and impersonal Paris, managed to retain a bucolic village atmosphere; festivities and artists mixed, with pleasure and beauty as their values.

Workers, residents of the Place Blanche, artists, the middle classes, businessmen, elegant women and foreigners passing through Paris rubbed shoulders in Moulin Rouge. Its revolutionary architecture, the festive champagne evenings, the famous dancers, along with the can-can and the presence of the artists in vogue, of whom the most iconic was Toulouse-Lautrec, secured rapid and international fame for the Moulin Rouge. Since its debut performances the Moulin Rouge has hosted and created stars from the worlds of music hall, dance and singing.

In its formative years the theatre was defined by the personalities on its stage, from Queen of the Can-Can and Toulouse-Lautrec's muse La Goulue, to the creator of music hall Mistinguett and the blazing star Edith Piaf, who first found fame on the stage of the Moulin Rouge (as well as love in the form of singer Yves Montand). In later years a number of famous French artists and singers would grace the stage, including  Charles Trénet, Charles Aznavour and Bourvil, and many world renowned artists have performed at the theatre including Ginger Rogers, Lauren Bacall, Ray Charles, Ella Fitzgerald, Juliette Binoche and Elton John.

About the stamp
The stamp is the same blue Marianne et l'Europe about which I wrote here.

Email ThisBlogThis!Share to TwitterShare to FacebookShare to Pinterest
Etichete: FRANCE, FRANCE (Île-de-France), Night views, Paintings and not only, Places I have been
Locaţia: 82 Boulevard de Clichy, 75018 Paris, Franţa