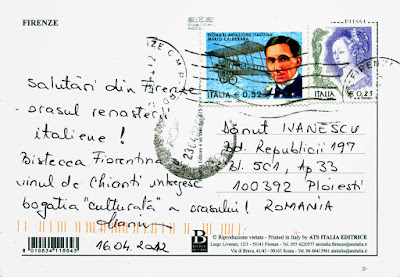 Posted on 21.05.2013, 27.06.2014, 25.07.2016
Founded by Romans as a settlement for veteran soldiers and named Fluentia, because it was built between two rivers, then successively ruled by Ostrogoths, Byzantines, and Lombards, Florence was conquered by Charlemagne in 774, but it surpassed the status of minor settlement only around 1000 A.D., after Margrave Hugo chose it as residency. From the 14th century to the 16th century, it was, according to the Encyclopædia Britannica, one of the most important cities in Europe and the world, of political, economic and cultural point of view. 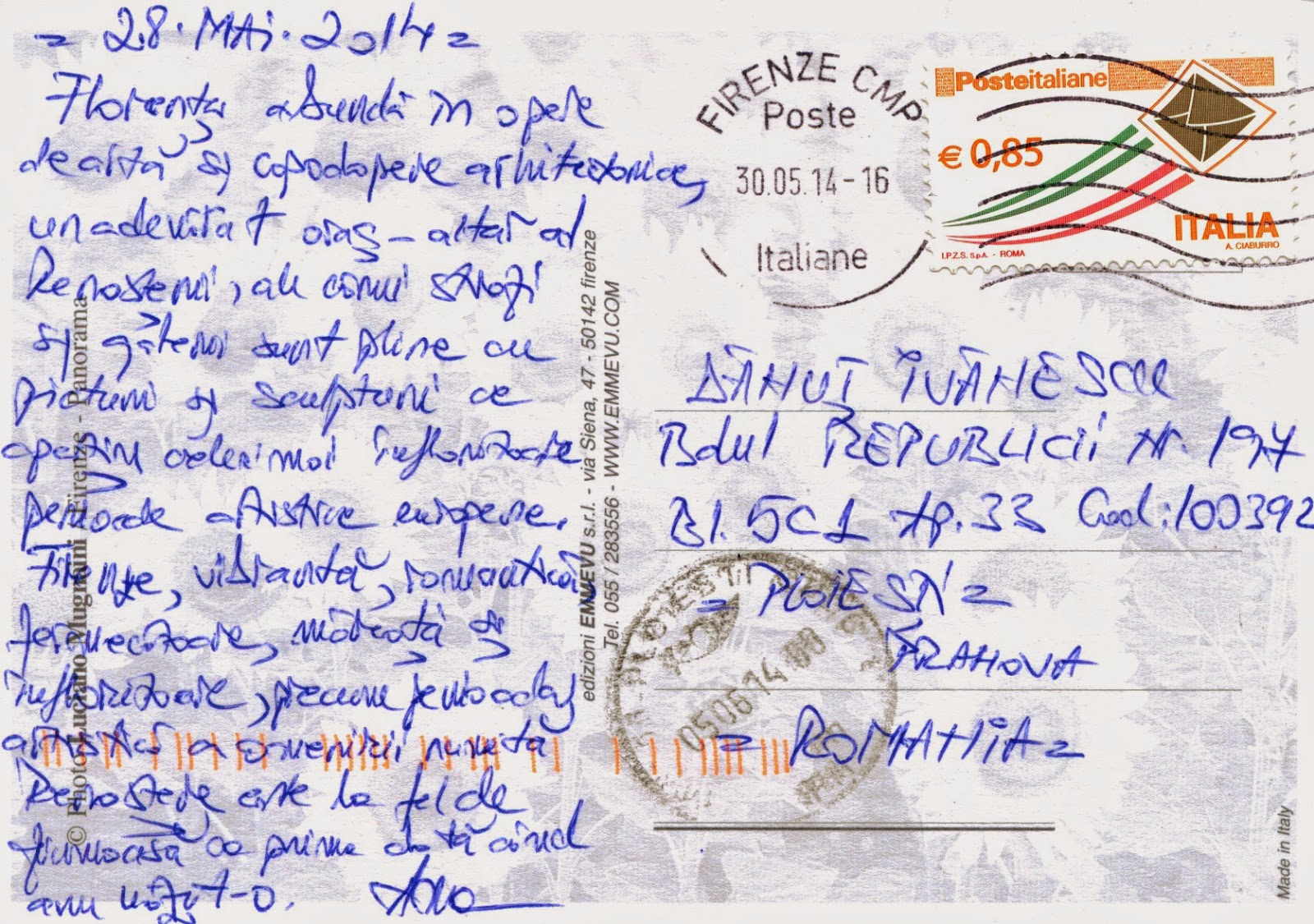 Wealthy and brilliant, but with a turbulent history, furrowed by numerous religious and republican revolutions, Florence is considered the birthplace of the Renaissance. It was home for the famous Medici family and Savonarola, but also for Michelangelo, Leonardo da Vinci, Botticelli, Giotto, Boccaccio, Dante, Machiavelli, Galileo Galilei and many others. Because Historic Centre of Florence "attests in an exceptional manner, and by its unique coherence, to its power as a merchant-city of the Middle Ages and the Renaissance", in 1982 it became an UNESCO World Heritage Site. In the postcard 0652 can be seen: 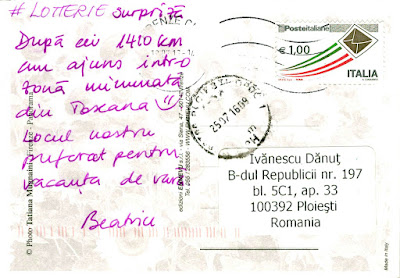 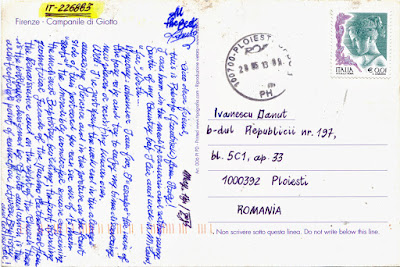 • Palazzo Vecchio (Old Palace) - the town hall of the city, built in the 13th century.
• Basilica of Santa Maria Novella - the first great basilica in Florence, and the city's principal Dominican church. Especially famous are frescoes by masters of Gothic and early Renaissance.
• San Miniato al Monte (St. Minias on the Mountain) and the Bishop's Palace - placed on one of the highest points in the city, it has been described as one of the finest Romanesque structures in Tuscany and one of the most beautiful churches in Italy.

At the foreground of the postcard 1120 are the Baptistery and Giotto's Campanile, seen from Piazza del Duomo (Cathedral Square), located in the heart of the historic center, and in the background can be seen the facade and dome of the Florence Cathedral. Erected between 1059 and 1128 in Florentine Romanesque style,  the Baptistery has eight equal sides with a rectangular addition on the west side, all clad in geometrically patterned colored marble. The pilasters on each corner are decorated with white and dark green marble in a zebra-like pattern. Dante and many other notable Renaissance figures were baptized here. Giotto’s Campanile (built between 1334 and 1359) is a free-standing campanile with five levels (84.7m height), one of the showpieces of the Florentine Gothic architecture with its design by Giotto, its rich sculptural decorations and the polychrome marble encrustations.

About the stamps
On the postcard 0652
The first postcard is part of the series Italian Pioneers of Aviation, issued on September 12, 2003, and designed by A. M. Maresca. The series contains four stamps with the same value (0,52 EUR):
• Mario Calderara - it's on this postcard
• Mario Cobianchi
• Gianni Caproni
• Alessandro Marchetti

The second, depicting a woman portrait by Filippino Lippi (0.23 EUR), is part of a definitive set named Donna nell'arte (Women in Art), about which I wrote here.

On the postcard 0653
The stamp belongs to a series of definitive stamps, about which I wrote here.

On the postcard 1120
From this postcard missing one or more stamps, because the face value of the surviving one is 0.01 EUR, and the value of postal fees in Italy for a postcard is 0.75 EUR (non-priority). This stamp, depicting the sculpture Ebe by Antonio Canova, is part of the same set Donna nell'arte (Women in Art), about which I wrote here.

On the postcard 2666
The stamp belongs to a series of definitive stamps, about which I wrote here.