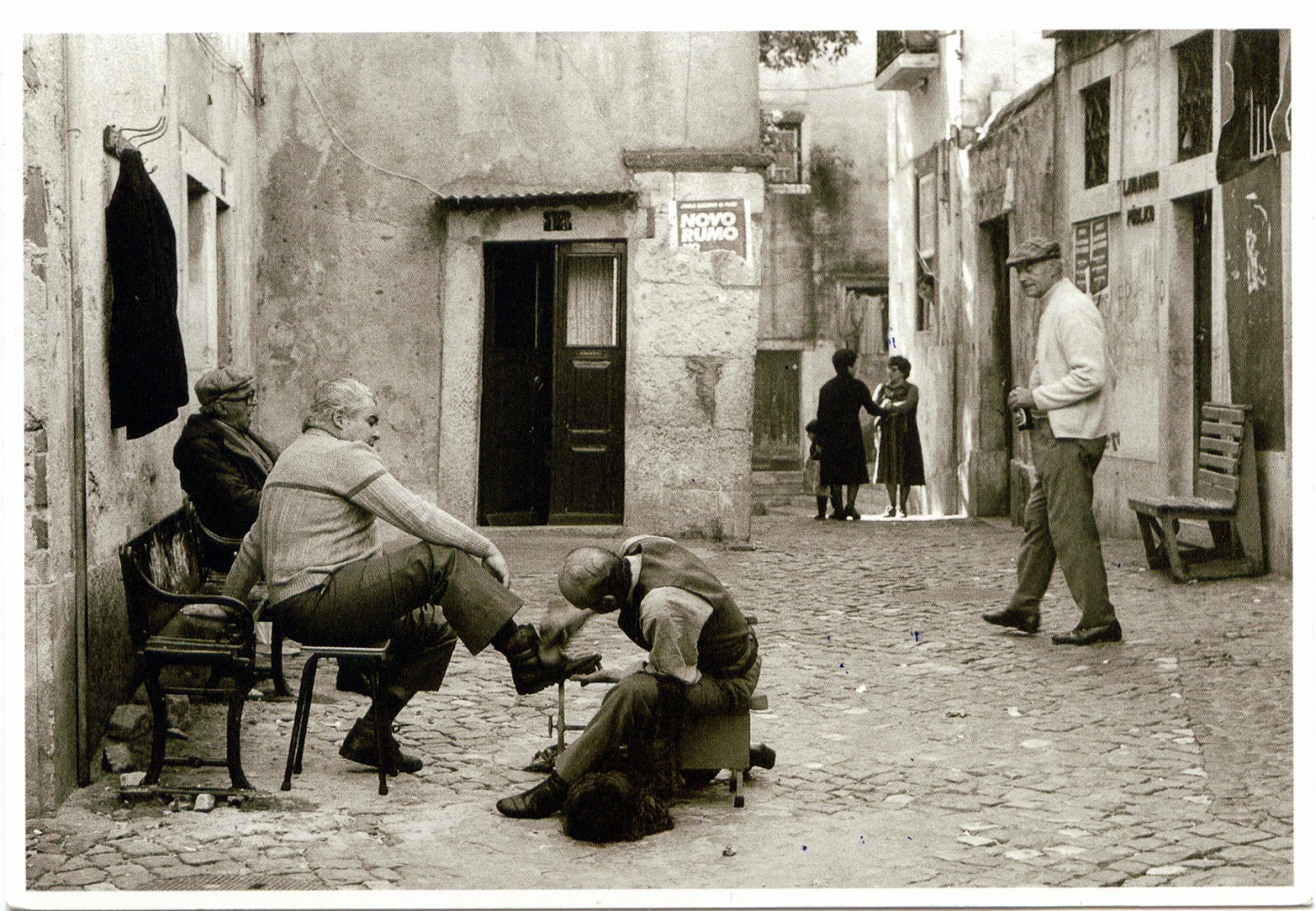 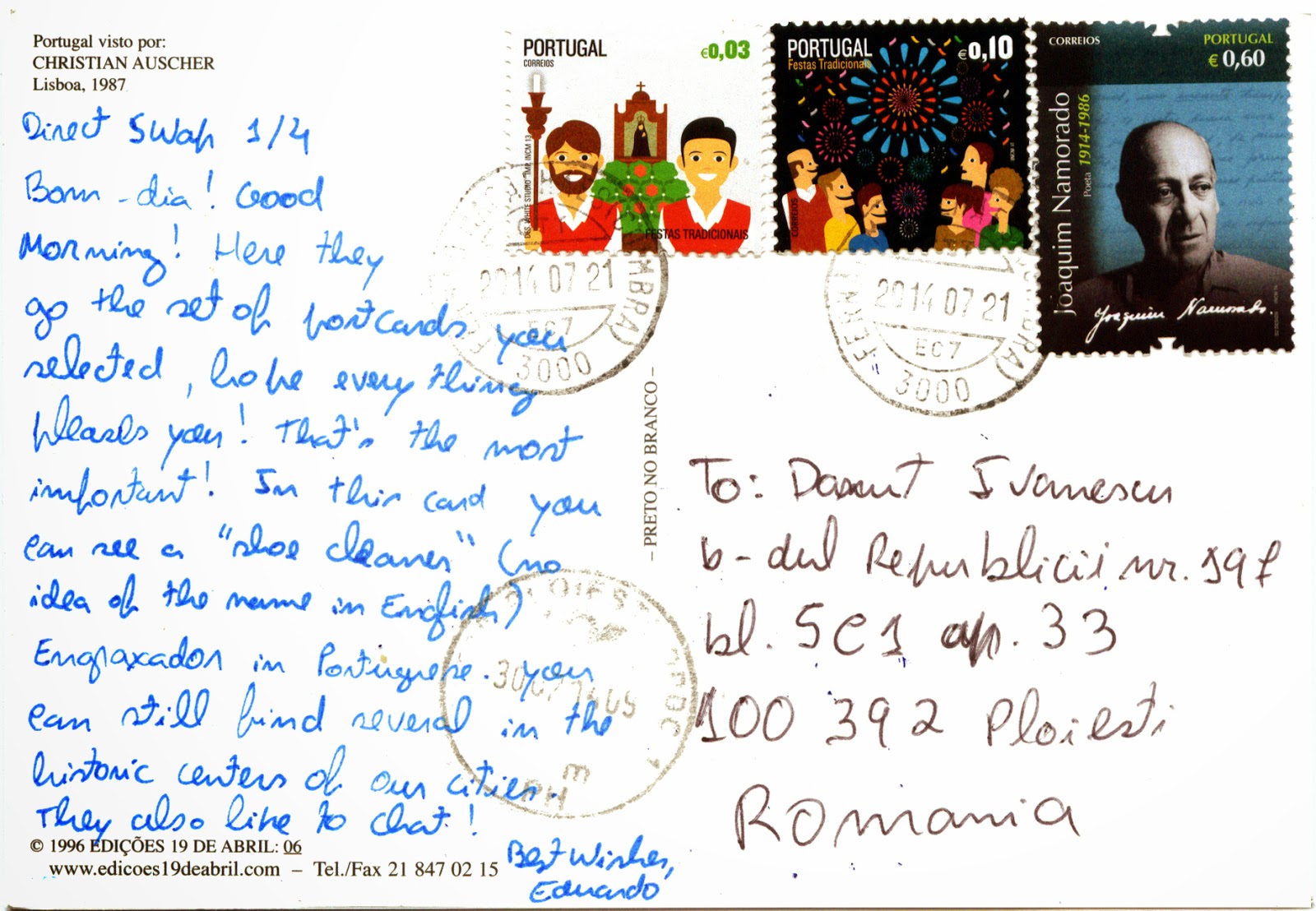 In Western civilization, the occupation of shoeshiner was probably one of the most ephemeral, appearing in the early 20th century and disappearing in most European countries before its conclusion. However, shining shoes still is an important source of income for many children and families throughout the world. Some shoeshiners offer extra services, such as shoe repairs and general tailoring. Although this occupation is generally regarded with condescension, quite a lot well-known and high profile people started their working life as shoeshiners, including singers and presidents, such as James Brown, The Godfather of Soul, the human rights activist Malcolm X, or the brazilian president Luiz Inácio Lula da Silva.

Personally, I didn't think that still exists shoeshiners in Europe, but behold that this photo from 1987 in Lisbon, as well as Eduardo's clarifications on the back of the postcard, contradict me. Obviously, in Portugal the shoeshiners (called engraxador in Portuguese) were more important than in Romania for example (from where they disappeared at least 30 years ago), since there is even a statue of a bootblack in Lisbon's downtown, on the Victory Street (Rua da Vitória). Even more than that, I learned from an article posted on the Cafe Portugal that this profession gained new life in the capital of Portugal. The Santa Casa da Misericórdia (Holy House of Mercy), a charitable organization founded with more then 500 years ago, developed a project named Tradition - Development of Traditional Professions, in which 14 shoeshiners practice their activity.

About the stamps
The first two stamps are part of the series Portuguese Traditional Festivities, about which I wrote here.