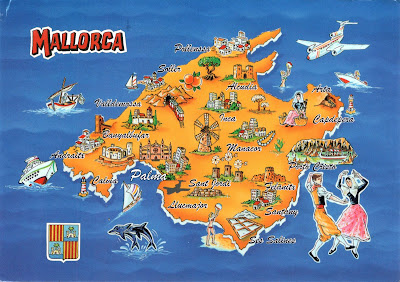 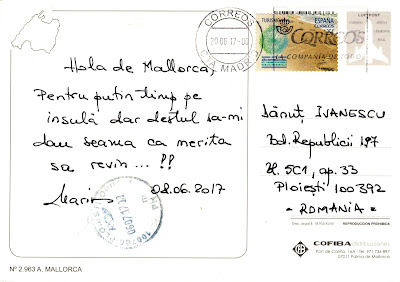 Mallorca it is not only the largest island in the Balearic Islands archipelago, but also the largest island of Spain (about 3,640 km2) and second most populated (almost 860,000 inhabitants). It has two mountainous regions, the Serra de Tramuntana and Serres de Llevant, the highest peak being Puig Major (1,445 m). The northern coast is rugged and has many cliffs. The central zone, extending from Palma, the capital city, is a generally flat, fertile plain known as Es Pla. The main language spoken on the island is Catalan.

The first to colonize the island were the Phoenicians, who arrived around the 8th century BC and established numerous colonies. The island eventually came under the control of Carthage, and was occupied by the Romans in 123 BC. It flourished under Roman rule, during which time the towns of Pollentia (Alcúdia), and Palmaria (Palma) were founded. The local economy was largely driven by olive cultivation, viticulture, and salt mining.

In 534, Mallorca was recaptured by the Eastern Roman Empire, so Christianity thrived and numerous churches were built. From 707, the island was increasingly attacked by Muslim raiders from North Africa. In 902, Issam al-Khawlani conquered the Balearic Islands, ushering in a new period of prosperity under the Emirate of Córdoba. The town of Palma was reshaped and expanded, and became known as Medina Mayurqa.

The Caliphate was dismembered in 1015, and Majorca came under rule by the Taifa of Dénia, and from 1087 to 1114 was an independent Taifa. Followed the Almoravides from North Africa, then the Almohad dynasty until 1229. King James I of Aragon annexed the island to his Crown of Aragon under the name Regnum Maioricae. From 1479, the Crown of Aragon was in dynastic union with that of Castile. The Barbary corsairs of North Africa often attacked the Balearic Islands, and in response the people built coastal watchtowers and fortified churches.

Since the 1950s, the advent of mass tourism has transformed the island into a destination for foreign visitors and attracted many service workers from mainland Spain. The boom in tourism caused Palma to grow significantly. In the 21st century, urban redevelopment, under the so‑called Pla Mirall (English "Mirror Plan"), attracted groups of immigrant workers from outside the European Union, especially from Africa and South America. The members of the Spanish Royal Family spend their summer holidays in Majorca where the Marivent Palace is located.

About the stamp
The stamp is one of the two issued on January 17, 2017, to mark the International Year of Sustainable Tourism for Development.