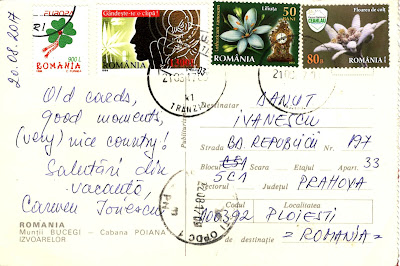 Located in the Bucegi Mountains, on the southeastern slope of the Diham Mountains, in the glade of the same name (Poiana Izvoarelor means Springs' Glade), at the edge of a beautiful fir forest, Poiana Izvoarelor Chalet (rom) (1455m) is the main starting point for many excursions to the northeast's steep of the Bucegi Mountains and to the peaks and forests of Diham. The scenery offered is worth the effort to get there. All around, the Baiu Mountains, Colţii Morarului (Miller's Fangs), and Caraiman Peak can be admired in a complete silence.

The chalet was built in 1940 by the National Bank of Romania for its employees, refurbished and enlarged between 1964 and 1966 by the Regional Enterprise of Sinaia Balneological and Climatic Resorts. It had a capacity of 100 seats and three buildings with a total of 22 rooms. It had buffet and self-service cafeteria, electric light from the public network, running water, and telephone. Today, the chalet has 72 accommodation places and a restaurant with peasant culinary specialties.

The shortest and most convenient route to the chalet starts from Buşteni, to Gura Diham Chalet (rom), on the road on Valea Cerbului (Deer Valley) about four kilometers, followed by the path on the foot of the Diham Mountain. After an uprise through the woods for about an hour, is arriving to Poiana Izvoarelor. This place is a starting point for alpine trails to the peaks Bucşoiu and Moraru, but also to Pichetul Roşu (Red Picquet) and the Omu Peak (rom) or Mălăieşti, to Diham Chalet and Predeal through Baiu Saddle. 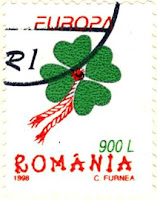