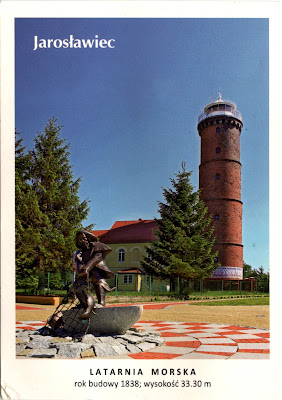 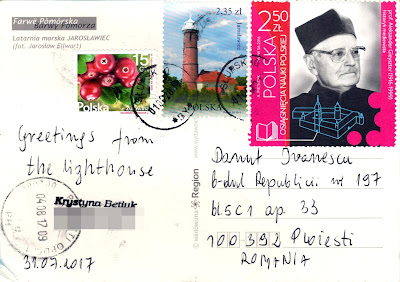 Located on the coast of the Baltic Sea, in the village with the same name, between the Darłowo and the lighthouse in Ustka, Jarosławiec Lighthouse is the oldest lighthouse in Poland. Its construction began in 1835 however the lighthouse was not successful due to a number of physical factors. The lighthouse was built about 400m from the coast - this proved to be too low to be effective for navigation. Its light wasn't very visible because it was obscured by trees and it was soon decided to build a new tower closer to the beach.

The new lighthouse began operating in 1838. Its light source was fifteen lamps powered by rapeseed oil. This unusual form of lighting was used for a long time till it was replaced at the beginning of the 20th century with electric lighting. The lighthouse is part of a complex of buildings, including the operator's living quarters, the lighthoue is 33.3 m in height. The light is located at a height of 50.2m above sea level and with a range of 23 nautical miles.

You can see all my postcards depicting the Polish lighthouses from Baltic sea here.

About the stamps
The first stamp is part of the series Flowers and Fruits, about which I wrote here.