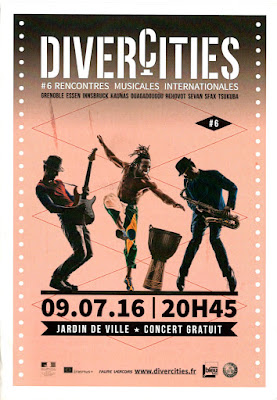 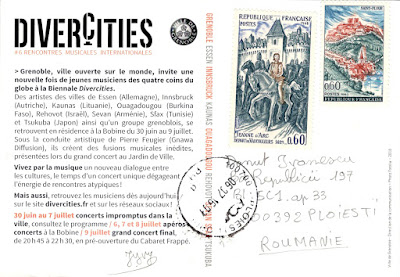 City open to the world, Grenoble launched almost 10 years ago an ingenious and ambitious project which brings together at every two years bands with different musical styles from twinned towns with the "Capital of the Alps". In 2016 this event, an amazing dialogue between cultures and a message of peace, reached the sixth edition

Forty young musicians, aged between 18 and 25, from Essen (Germany), Innsbruck (Austria), Kaunas (Lithuania), Phoenix (USA) Ouagadougou (Burkina Faso), Sfax (Tunisia), Rehovot (Israel), Sevan (Armenia), and Tsukuba (Japan), together with a Grenoble group, gathered from June 30 to July 10 in Grenoble. These musicians of different nationalities, cultures and even different social backgrounds worked together during one week, merging influences and works, to support a single show at the City Garden, on July 9.

About the stamps
The first stamp, depicting Joan of Arc - Departed from Vaucouleurs (1429), is part of the third series France History, designed by Albert Decaris and issued on November 18, 1968.

The second stamp, depicting Saint Flour and designed by Pierrette Lambert, was issued on June 17, 1963.