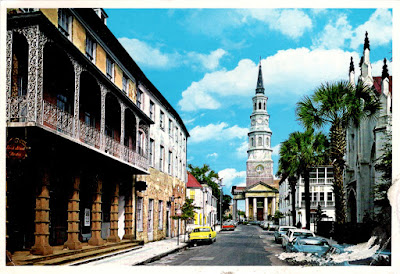 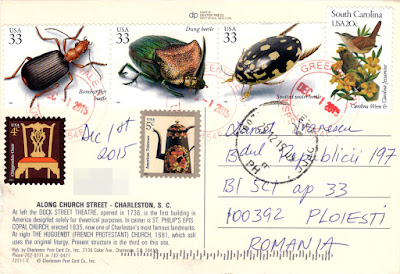 Founded in 1670 as Charles Town in honor of King Charles II of England, Charleston adopted its present name in 1783. By 1690, it was the fifth-largest city in North America, and it remained among the 10 largest cities in the United States through the 1840 census. Known for its rich history, well-preserved architecture, distinguished restaurants, and mannerly people, it was designated "the most polite and hospitable city in America" by Southern Living magazine.

Charleston is also known as "The Holy City", perhaps by virtue of the prominence of churches on the low-rise cityscape and for the fact that South Carolina was among the few original colonies to tolerate all Protestant religions, though it wasn't open to Roman Catholics. Church Street, named for the new St. Philip's Church, was one of the regularly laid out streets of the 1672 Grand Modell, extending the length of the town from what is now Cumberland Street to Vanderhorst Creek (present Water Street), in French Quarter

At number 142 is Saint Philip's Episcopal Church, one of the Charleston's most famous landmarks. Its National Historic Landmark description states: "Built in 1836 (spire completed in 1850), this stuccoed brick church features an imposing tower designed in the Wren-Gibbs tradition. Three Tuscan pedimented porticoes contribute to this design to make a building of the highest quality and sophistication." Its tower served as the rear tower of a set of range lighthouses.

Built on the corner of Church Street (no. 135) and Dock Street (now Queen Street), the Historic Dock Street Theatre was the first building in America built exclusively to be used for theatrical performances, opened in 1736. The building was probably destroyed by the Great Fire of 1740. In 1809, the Planter's Hotel was erected on this site and in 1835 the wrought iron balcony and sandstone columns of the Church Street facade were added. Since then was renovated twaice and reopened in 1937, and 2010 respectively.

Located at number 136, the French Huguenot Church is a Gothic Revival church, built in 1844 after the plans of the architect Edward Brickell White. The congregation it serves traces its origins to the 1680s, and is the only independent Huguenot church in the U.S. It is a stuccoed brick structure, three bays wide and six bays long, with each bay divided by narrow buttresses topped by elaborate pinnacles. The three front windows are topped with cast-iron crockets, and a battlement parapet surrounds the top of the church.