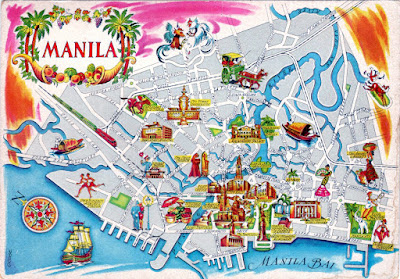 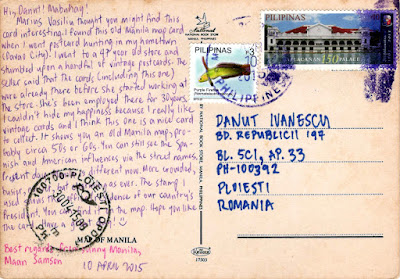 Located on the eastern shores of Manila bay, which rests on the western shores of Luzon, the largest island in the Philippines, Manila is the capital of the country. Even if it is only the second most populous city in the country, it is the densest populated city in the world with 42,857 people per square kilometer. The Pasig River bisects the city, so that almost all of it sits on alluvial deposits and on some land reclaimed from Manila Bay.

Manila sits astride the Pacific typhoon belt and is criss-crossed by several fault lines. This led to Manila and its metropolitan region to be ranked as the second riskiest capital (city) to live in according to Swiss Re. Manila endured several deadly earthquakes, notably in 1645 and in 1677, and is hit annually with 6 to 7 typhoons creating floods. However, tourism is a vital industry in Manila, and it welcomes approximately over 1 million tourists each year.

Originally an Indianized kingdom in the 10th century, the Kingdom of Tondo flourished in the Manila Bay area during the latter half of the Ming Dynasty as a result of direct trade relations with China. Between 1485 and 1521, the Bruneian Empire invaded the area and establised the Kingdom of Maynila, and moreover a new dynasty under the local leader who accepted Islam. In 1574 Manila was besieged by the Chinese pirate-warlord Limahong before it became the seat of the colonial government of Spain.

In 1571, Spaniards arrived from New Spain (now Mexico) and exercised rule of the city of Manila as a territory of New Spain with the establishment of a city council in what today is the district of Intramuros. The Spaniards made Manila the capital of the Spanish East Indies and of the Philippines, which the empire would control for the next three centuries, from 1565 to 1898.

Manila became the center of Spanish activity in the Far East and one end of the Manila-Acapulco Galleon trade route, linking Spanish America with Asia, one of the earliest examples of globalization. Due to the central location in the Pacific sea trade routes, Manila received the moniker of the "Pearl of the Orient". On the other hand, Spanish missionaries Christianized the city and built some of the oldest churches in the country.

After the Battle of Manila (1898), Spain ceded the surrendered city of Manila to the United States. During the American Period, some semblance of city planning using the architectural designs and master plans by Daniel Burnham was done south of the Pasig River. In WWII, from February 3 to March 3, 1945, much of the city was destroyed during the Battle of Manila and 100 000 to 500,000 civilians were killed during the Manila Massacre. It was the second most destroyed city in the world after Warsaw during WWII.

Between 1952 and 1986 Mayors were Arsenio Lacson, Antonio Villegas, and Ramon Bagatsing, known as "the Big Three of Manila" for their impeccable contribution to the development and progress of the city. During the administration of President Ferdinand Marcos, Manila was reinstated as the capital of the Philippines for its historical significance as the seat of government since the Spanish Period.

Manila has architecturally significant buildings in a wide range of styles spanning distinct historical and cultural periods. Since the city is prone to earthquakes, the Spanish colonial architects invented the style called Earthquake Baroque. Architectural styles reflect American, Spanish, Chinese, and Malay influences. It is also known for its Art Deco theaters. The historic Escolta Street in Binondo features many buildings of neo-classical and beaux-arts style.

About the stamps
The first stamp, depicting Purple Firefish / Nemateleotris decora, is part of a huge series of definitive stamps, Marine Biodiversity, about which I wrote here. The last stamp, Malacanan Palace - 150th Anniversary, was issued on 2013, June 11. Malacanan Palace, situated in the old Manila district of San Miguel, is the official residence of the President of the Philippines.